THE Trump administration has abandoned a 41-year policy that held Israeli settlements in the West Bank to be illegal.

Secretary of State Mike Pompeo said that US statements on the issue had been inconsistent, and that it should be addressed in an Israeli court.

The establishment of settlements in the West Bank has been a contentious issue central to the ongoing Israel-Palestine conflict.

The West Bank and the Gaza Strip together make up the Palestinian territories that have been occupied by Israel since the Six-Day War in 1967.

The West Bank is by far the larger of the two parts, making up around 95 per cent of Palestinian territory.

The building of Israeli settlements on the West Bank is considered illegal by the United Nations, the European Union, and the International Court of Justice as well as the British government.

Several resolutions by the UN Security Council say the settlements violate the Fourth Geneva Conventions, which prohibits an occupying power from transferring its population to the area it occupies.

Since a legal opinion issued by the State Department in 1978, the US has also officially considered them illegal, but the current administration has now changed that position.

The West Bank and the Israel-Palestine conflict

Israel captured the West Bank and east Jerusalem from Jordan in the 1967 war.

Israel already has annexed east Jerusalem in a move that is not internationally recognised.

The international community, along with the Palestinians, overwhelmingly considers Israeli settlements in the West Bank and east Jerusalem illegal.

Palestinians want to establish a state in the occupied West Bank, East Jerusalem and the Gaza Strip.

Peace talks between the two sides have been at a standstill since 2014, when a US-brokered attempt to reach a deal collapsed.

Donald Trump hopes to kick-start the process with a plan being worked on by son-in-law Jared Kushner.

The plan is made up of an economic portion, involving of $50 billion investment fund to be spent mostly in the Palestinian territories, and a political portion, which is expected to be unveiled in the coming months.

The announcement on Israeli settlements in the West Bank is the second occasion on which the Trump administration has publicly sided with Israel on a major ponit of contention.

In 2017, the president announced that the US would thereafter recognise Jerusalem as the capital of Israel, and in 2018 opened a new embassy in the city.

“US public statements on settlement activities in the West Bank have been inconsistent over decades.”

“Calling the establishment of civilian settlements inconsistent with international law has not advanced the cause of peace,” Pompeo continued.

“This is a complex political problem that can only be solved by negotiations between the Israelis and the Palestinians.” 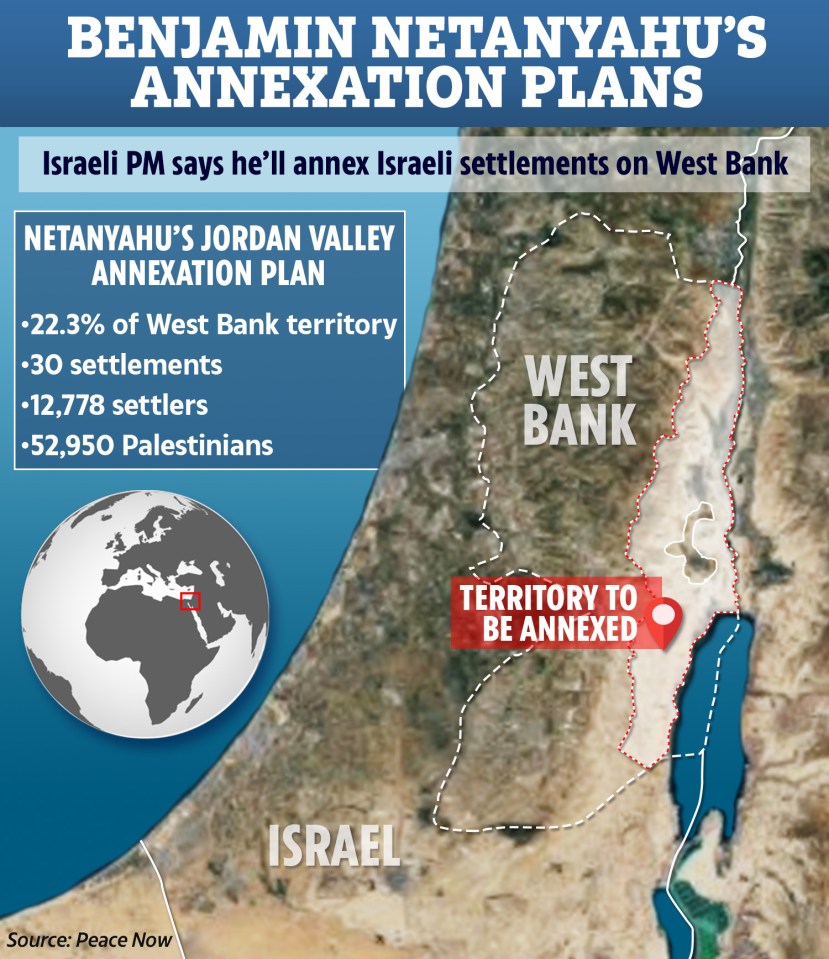 The announcement will be seen as a boost to Netanyahu, who has taken an increasingly hard line on the settlements in recent months in a bid to bolster his support within Israel.

He is currently battling to stay in power after two successive elections earlier this year failed to deliver conclusive results, and is also facing the possibility of a criminal indictment in three corruption probes.

Saeb Erekat, secretary general of the Palestine Liberation Organization Executive Committee said the Trump administration was seeking “to replace international law with the ‘law of the jungle’” and called on the international community to “take all necessary measures to respond [to] and deter this irresponsible US behaviour.”

Most read in world news

‘WE HAD A SAFE WORD’

“Israeli settlements steal Palestinian land, seize and exploit Palestinian natural resources, and divide, displace and restrict the movement of the people of Palestine,” he said.

“In sum, Israel’s colonial-settlement enterprise perpetuates the negation of the Palestinian right to self-determination.”

“The biggest change to News Feed since 2013”: Facebook is making...

No, the podcast ‘gold rush’ isn’t over. Podcasting’s golden age is...

Insights from Mash Media, on the synergy between magazines and events

“The biggest change to News Feed since 2013”: Facebook is making it easy to bypass its algorithm

0
Not everyone is a fan of the Facebook News Feed algorithm.  The algorithm ranks available posts that can display on a user’s News Feed based on various parameters known only to Facebook, and what the algo deems most relevant, the user might not. In a tacit acknowledgment of this problem, the company is now considering…
Read more

No, the podcast ‘gold rush’ isn’t over. Podcasting’s golden age is just beginning

0
It’s a well-trodden hype cycle in the media industry. Some new technology comes along and starts to take off, publishers rush to invest, it falls dramatically short of expectations, and we all back off with renewed scepticism and a bruised bank balance. Some have been saying for a while that podcasting is heading down this…
Read more

0
While we have extensively covered the dangers of deepfakes and how they can affect news organizations, there are always two sides to a coin. Here’s a very different perspective. The Dalí planet. The Dalí Museum A visitor to The Dalí Museum in St Petersburg, Florida presses a doorbell beside a dark life-sized screen. A darkened figure…
Read more